More interesting things today as I peruse insurance policies. I’m not much of a car guy but I  never thought of the Yugo as an exotic!

I’m a big believer in the future of self-driving cars. There is clearly a lot of risk turning a complex and unpredictable task over to a computer and all the attendant sensors, but we already accept a huge amount of risk letting easily-distracted and self-centered humans continue to do the damage they do.

So, I have to believe that we will all be safer when computers take over. The occupants of cars are much safer in a crash than they were when I was young, but the safety advances haven’t benefited pedestrians and cyclists. We are just as likely to get hurt when a car hits us as we were 50 years ago. I’m hopeful that autonomous vehicles could be a significant safety advance for those outside the car.

Thus, I look forward to the safety benefits that automated cars should bring. However, I worry about adoption of the new technology. Will a robot car be allowed to speed? Will it be allowed to make unnecessary lane changes to move one car ahead of the ‘dipshit’ ahead of it? What about yellow lights? Can you set it so that it will ignore them? How will the industry get aggressive, type-A drivers to adopt technology that forces their car to drive as if they cared about the safety of those around them more than beating the car next to them to the next traffic light?

The solution is to have at least two control settings; One (of course) would be the ‘law-abiding’ setting and the other would be the ‘Jackass’ setting. Using this setting would allow the computer to take every advantage, no matter how small, that the Type-A driver would take so that the owner felt he was beating the guy next to him. Over many weeks or months, the algorithm could adjust to a safer driving mode until the car was following all the laws and even common sense. This is somewhat analogous to the sales technique supposedly used by successful Chevette salespeople many years ago; the buyers knew the Chevette got good gas mileage – that’s why they were at the dealer. You sold it by accelerating hard and whipping around corners – this answered the buyers unspoken concerns about the performance of the small car.

Don’t sell the robot car based on safety and convenience – sell it based on the advantage it gives the buyer over the schmucks who can’t afford a computer car – this will lead to much quicker adoption. 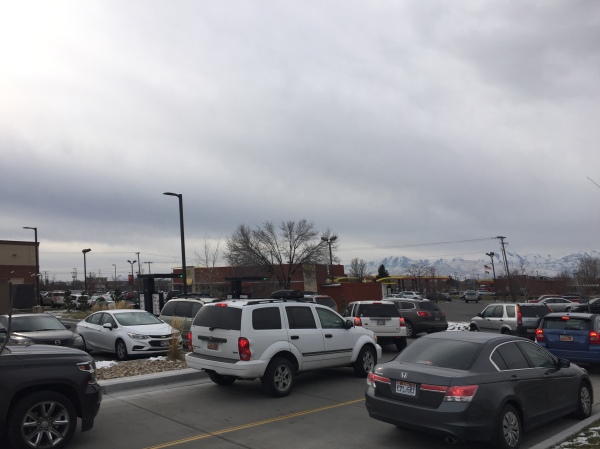 The only thing more common than lifted diesel pickups and car washes on every corner in suburban Utah is the sight of cars idling. They idle at the drive thru’s, in front of businesses, houses, schools – everywhere. They idle in all weather – hot, cold and perfect. They idle with people inside them and with people running an errand.

When I first got here from the San Francisco Bay Area it was summer so I thought it was just the heat that was getting to people and they just had to keep the AC running. But I soon realized it was just custom. People in Utah just don’t think about the environment the way they do in California. I think a lot of people in California believed that their individual actions did have an impact. Maybe it was years of dealing with water shortages or seeing LA go from a smoggy disaster in the ’60’s and ’70’s to having relatively clear air today that led people to think they had to do something. Well, living in Utah is like stepping back 50 years in time. Car culture is big here. People spend big money on their cars and they take care of them. Within a mile of me there are at least 4 car washes (or Auto Spa as some are called) and they are always busy.

And talk about going back in time – there are more drive-thru’s here than the set of ‘American Graffiti’. I could see it if it was a time saver but when you see 10+ cars lined up I KNOW it takes less time to park the car and actually walk into the store to order. So, it’s not about convenience – there’s something else going on here – people just love being in their cars. 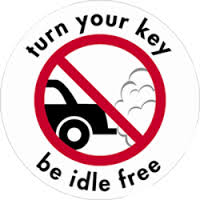 Doesn’t anyone make a connection between their actions and the pollution we get here along the Wasatch front? Utah is a pretty red state so there is a lot of blather about being business-friendly, but isn’t individual responsibility one of the (supposed) attributes of the Right? If so, when are the drivers in Utah going to take some ownership for the pollution they cause and our terrible air in the Winter months?